Share a memory
Obituary & Services
Tribute Wall
Read more about the life story of SHERRY and share your memory.

Sherry Anne “Auntie” Boyd, daughter of the late Helen (July) Ely and Ezekiel Boyd was born May 14, 1964, in Allen, Alabama. She was a graduate of Central-Hower High School and attended The University of Akron. At an early age she professed her faith in Jesus Christ. She joined Good Shepherd Missionary Baptist Church where she was a dedicated member. She served faithfully as Choir member of the Church, member of the Kitchen Ministry, and help with any programs the church would have plus for the children. She was employed by That Away Inc CEO TJ Custom Designs & Clothing as Store Manager.

Her life she lived with laughter, jokes and a great sense of humor, and a love for watching movies and games shows. She loves spending time with her children, grandchildren and was the life of a good gathering. Her nicknames were Mothers and Auntie for she was an aunt to those not related to her, but she helped raised so many for babysitting to help young parents in her family and others to better themselves. She would feed anyone and give you a place to stay as well. She will forever remain in the lives of all who knew her. She quietly departed this life Thursday, January 19, 2023, at home. She was preceded in death by common law husband Gilbert McNair, Sr, mother and father Helen (July) Ely, grandparents Samuel (Ada) Bell, sister, Linda Chapman, brother-in-law Fred Durham of Mobile, AL, Aunts Vera (Dan) Reed, Maple (Calvin) Ruggs, Margaret (CB) Anderson, Great-Aunt Minnie Todd, Uncles Arthur Ely, Archie (Betty) Bell, Willie Bell, Robert King, Jr, Bobby Bell.

To send flowers to the family or plant a tree in memory of SHERRY ANNE BOYD, please visit our floral store. 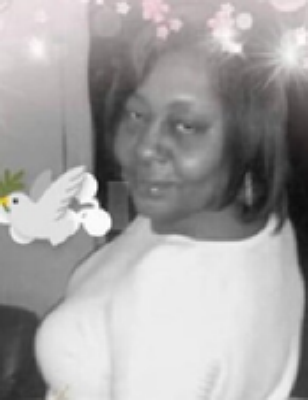