Share a memory
Obituary & Services
Tribute Wall
Read more about the life story of LASHON and share your memory.

LaShon Jeanette Spencer Mitchell graced this world with her shining light on December 4, 1974, in Akron, Ohio to mother Francine Spencer of Akron, Ohio and Father James Allison of Pacoima, Ca. LaShon was lovingly Nicknamed “Sunshine” by her favorite aunt Mary Spencer Henry, who preceded her in death.

LaShon gently took Gods hand on January 16, 2023, at home with her loving mother. Lashon is survived by her mother Francine Wright of Akron, Ohio, her children Michael Bellows & Chasity Spencer both of Akron, Ohio, her siblings, Ronell Spencer of Cleveland, Ohio, Mariesa Boyer and Thomas Spencer of Akron, Ohio and Tela Dunlap of Atlanta, Ga. 6 grandchildren all of Ohio, 2 favorite cousins Vanessa Jefferson & Harriet Spencer both of Mississippi, a host of nieces, nephews, cousins and friends who will always cherish her memory.

There will only be a private celebration to honor her memory. Flowers and cards may be sent to 1010 Rosemary Blvd. Apt 602 in care of her mother Francine Spencer Wright. Monetary donations can be sent to Rhoden Funeral home in Akron under the memo: “for Lashon Spencer Mitchell.”

The family sends a heartfelt thanks to everyone who has prayed and showed support for LaShon during her difficult journey, She is now in God’s loving care where she will be cared for by him for all of eternity.

To send flowers to the family or plant a tree in memory of LASHON MITCHELL, please visit our floral store. 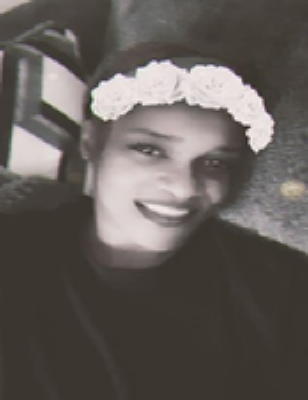 Family and friends are coming together online to create a special keepsake. Every memory left on the online obituary will be automatically included in the book.

You can still show your support by sending flowers directly to the family, or by planting a memorial tree in the memory of LASHON MITCHELL
SHARE OBITUARY
© 2023 Rhoden Memorial Home. All Rights Reserved. Funeral Home website by CFS & TA | Terms of Use | Privacy Policy | Accessibility