Push button for menu
Welcome to the memorial page for

Welcome to the memorial page for

Saundra Jean House Robinson Jackson was born in Louisville, Kentucky on January 28, 1940 to Joe and Jamesetta McCord House. She attended Louisville Public Schools until the 8th grade when she relocated with her family to Cleveland Ohio.  Saundra graduated second in her class from East Technical High School in 1957 where she participated as a varsity cheerleader and majorette.  In the fall of 1957, she attended Central State College and graduated in 1961 with a degree in Medical Technology.  While at Central State, Saundra was involved in many activities including being voted Miss Pershing Rifles in 1959 and becoming a member of Alpha Kappa Alpha Sorority Inc., Beta Xi Chapter during that same year.
After graduation, she began her first of three careers as a hospital lab technician in Springfield and later, Akron, Ohio that included the former Akron General and St. Thomas Hospitals.  In 1971, she decided to change careers and earned a teaching certificate which led to her teaching in the Akron Public Schools where she worked for Thornton Jr. High School and Buchtel High School until 1977.
In 1973, Saundra set the stage for her third career change when she enrolled in The University of Akron’s law school.  Attending classes at night while teaching and raising two sons, Saundra became the first African American female graduate in 1977 and began her legal career as an attorney for the U.S. Department of Labor in Cleveland, Ohio.  In 1978, she became an Assistant Prosecutor for the City of Akron which led to her being appointed the first African American female Chief City Prosecutor by Mayor Roy Ray in 1980.
After a stint in private practice during the mid to late 1980’s, Saundra again made history in 1990 as the first African American female Common Pleas Judge in Summit County.  While presiding as Juvenile Court Judge, she oversaw many controversial cases.  She quickly became known as an advocate from the bench for Akron’s disenfranchised youth.  Many of her decisions, both on the bench and in her administration, ran counter to the desires of the Summit County Republican Party, but she would not compromise her core values.  By 1995, juvenile offenses in Summit County had declined by 14%, the first time on record.  She also went on to hire more African American staff and Magistrates than any county judge before.
In 1996, Saundra returned to her private practice which she maintained until recently despite several major health setbacks.
Saundra is preceded by mother, Jamesettea Hodges father, Joe House and father William T. Hodges.  She leaves to cherish in her memory her husband Raymond Jackson of Akron; brother Michael House (Doris) (Chicago, IL.); children Stephen Washington (Akron, OH.), Gregory Washington (Charlotte, NC.); Lamont Yarbrough (Cleveland, OH.); Darnetta Osborn (Canton, OH); Anita Montero (Belize, Central America); Kim Gill (Houston, TX); Maurice Jackson (Canton, OH); Anthony Jackson (Maine); and Raymond L. Jackson (Atlanta, Ga); Grandchildren DiCarlo Washington, Stephenie Washington (Joey Little), Morgan Starr Washington along with 14 Grandchildren by marriage and Great Grandchildren  Halle Little and Joey Little IV.  She also leaves a host of cousins, nieces, nephews, sorority sisters, colleagues and special friends Barbra Hayes, Romona Davis, Jody Hicks, Lucy McCallis, Kasandra Burden. 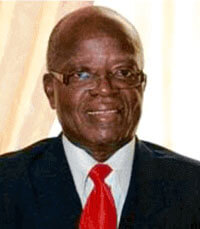